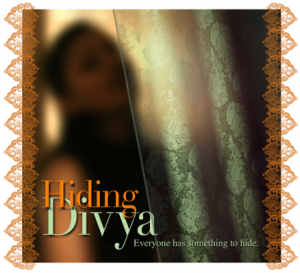 Friends,
Jane and I are excited to announce that our daughter Olivia Ordway Guerrieri is featured as “Young Linny” in HIDING DIVYA which opens on August 20th in limited release in selected markets across the U.S. including a premiere and screening at Big Cinemas Manhattan in New York City. (239 East 59th Street, New York, NY).
HIDING DIVYA has been selected feature for the following film festivals: IAAC Film Festival, NY Asian American International Film Festival, UK Tongues on Fire Film Festival and the Silk Road Film Festival. Shot in New York City and New Jersey. It provides a rare, realistic and poignant glimpse into the lives of three generations of women dealing with mental illness in their family.
Olivia is excited about her film debut alongside such notable and talented stars such as: Pooja Kumar (Bollywood Hero, Sita Sings the Blues), Deep Katdare (American Desi), and veteran writer/actress Madhur Jaffrey (Cotton Mary, Shakespeare-Wallah). When asked why she wanted to do this indie film, Jaffrey said, “It’s all about the writing. I loved the script. It’s always all about the writing!”
This is high praise for former Vandenberg staff member Rehana Mirza — HIDING DIVYA is her debut feature as writer/director.If you look closely, you might even catch a glimpse of me as a featured extra! I hope you can take a moment to check out this project. For more information, please visit the website! http://r20.rs6.net/tn.jsp?et=1103595498492&s=2034&e=0013Gy3v9iiG4qbGkaRJhRRS7pxRcr7oAx0IJYxANjr6WeAJf5botBLDh5mHuTftIhVowJ6gDHN6SYEtOA0dOxZvFtyUcvCVKBoEulte3RbSgBKX5OydouF_w==