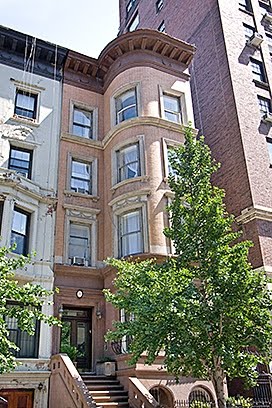 Manhattan real estate is an extreme thing. One morning the entire facade of a vacant five-story Tribeca walk-up will crumble, and four months later that building’s owner will put his Central Park brownstone on the market for well over $10 million.

After 71 Reade Street’s collapse during the Buildings Department’s Construction Safety Week in late April, The Times reported that owner Aharon Vaknin had been fined thousands over his walk-up’s stucco facade. He reportedly didn’t address a 2007 violation, “when inspectors discovered a 15-foot-long crack,” and there had been five complaints in the month of the collapse alone. (To be fair, a building under construction next door was cited, too.)
His brownstone at 9 West 70th Street, split into an owner’s triplex and five rented apartments, came on the market for $12 million this month. Mr. Vaknin’s Jerusalem stone–floored triplex is available for $18,000 per month, too. “I don’t know anything about Reade Street. What I can say is, this building’s beautiful, and it’s in great shape,” broker Dexter Guerrieri said. “Thanks for calling.” 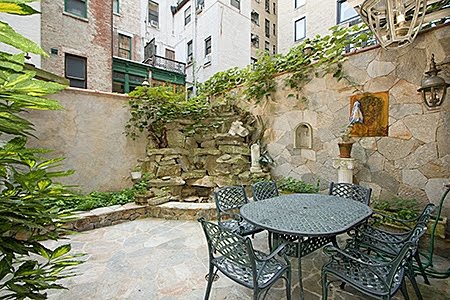 The brownstone is obviously in different shape from the 1856 Tribeca property. Records show there haven’t been any complaints since 2000, except for one involving mountain bikes blocking an exit. And, according to the listing, there are hand-painted ceilings in the triplex, plus “a griller’s-delight private rear garden, a romantic master bath with a generously sized Jacuzzi tub, a fully appointed spacious kitchen, and rare additional side windows.” 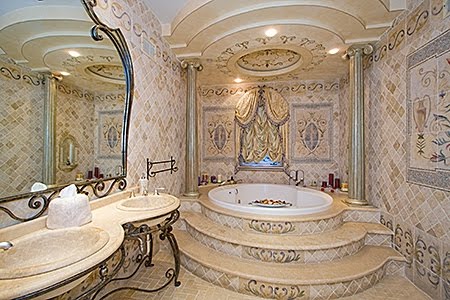 Master bathroom with jacuzzi tub. 9 West 70th Street
Mr. Vaknin, 52, was apparently in the locksmith business before he got into big real estate. “I bought a little bit and a little more; that’s it; it’s very simple,” he said Tuesday, reached at Cosmic Fischer Locksmith.
What happened in Tribeca? “The construction that had been done next to me undermined my foundation and the building collapsed,” he said.” And his own violations? “Too many questions. Thank you, bye-bye.”
Link: http://www.observer.com/2009/real-estate/after-collapse-locksmith-asks-12-m

For more information on 9 West 70th Street, and other Vandenberg Exclusive Townhouses for Sale please visit our website.